Twinkle Twinkle Little Stars... Lola (3) and Isabella (16 months) showed their imaginative play when I read I Could Be, You Could Be during Storytime at Dulwich Books.  Clowns, monkeys, diving dolphins, shooting stars, and bossy kings and queens.  Great fun! 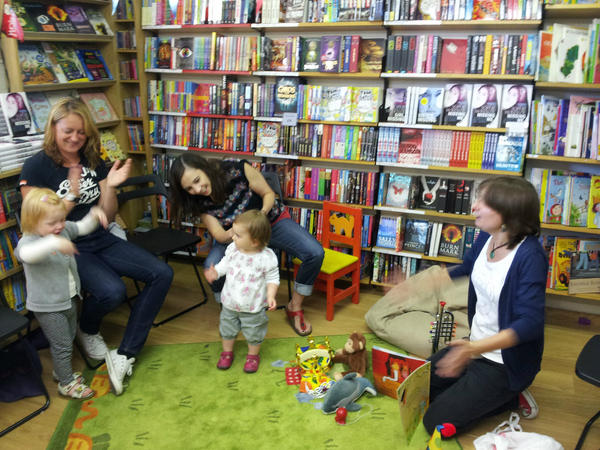 The rain tried its hardest but couldn't keep young story-lovers away from McKechnies in Stratford-Upon-Avon, who were hosting a week of storytelling and arty sessions as part of the town's Fringe Festival.  Thank you for defying the elements - it was lovely to meet you all! 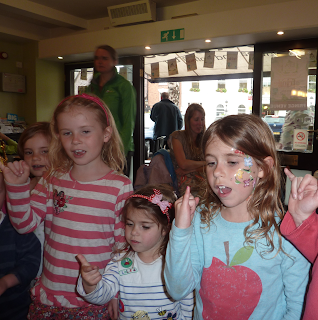 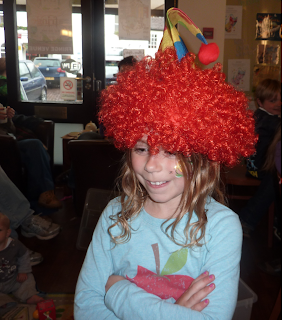 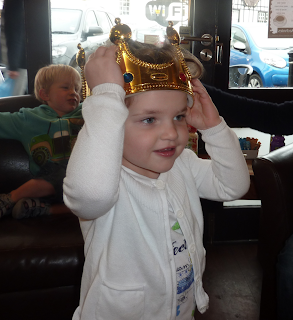 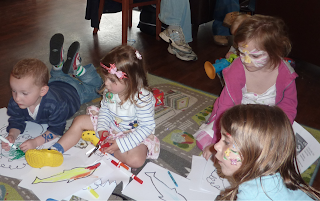 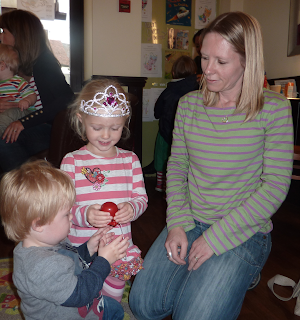 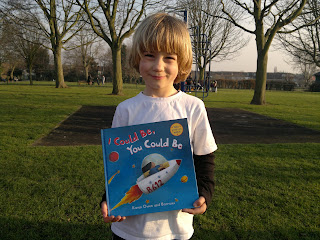 Congratulations to Ivor from Mitcham, south London, who was the winner of my competition to celebrate the hardback launch of I Could Be, You Could Be. The challenge was to tell me what you could be - fun or real, silly or sensible. There were some fantastic entries from Year 2 children at Granton Primary School in Streatham.

Rachel & Alina suggested: I could be a mum saying "off to bed", You could be a child saying "where's my ted?"

Rachel & Yasmin came up with: I could be a monster saying rarrrr rarrrr rarrr, You could a child screaming AHHHHHHHHH!

But my favourite was Ivor's: I could be a footballer bouncing up and down, You could be a popstar arriving in town!

Thank you for all of the entries. And good luck to five-year-old Sasha from Western Primary School, Harrogate - her dream is to be a dancer.
Posted by Karen Owen at 11:27 No comments:

Songs and stories, role play and mask making - all in a morning's work at the Dulwich Books Festival in south London. I was there with I Could Be, You Could Be as part of a day-long appearance by various writers from CWISL. 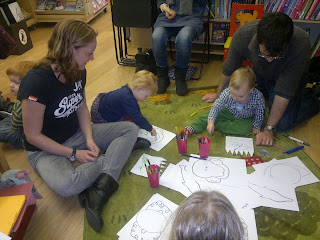 Lola and Milo could be... chimps and clowns

The morning was for the little ones and the afternoon was for readers and writers aged 9 and above. If you're a budding reader and writer, take a look at our new online creative magazine. Visit http://www.shoutaboutmagazine.com/ 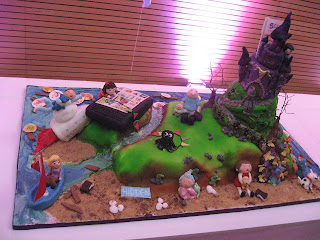 It's a cake. Really. Honestly! And it's unique because it took the front covers or characters from 26 different children's books and recreated them in edible form.

It was made to celebrate the mass launch of books written by 26 authors and/or illustrators, all of whom belong to British SCBWI. The Society of Children's Book Writers and Illustrators is the best support network for published and unpublished writers and illustrators for children. They chose the rocket from the front cover of I Could Be, You Could Be - it's there, in the left-hand corner. And very tasty it was, too!
Posted by Karen Owen at 11:01 No comments:

Labels: I Could Be You Could Be, SCBWI

I Could Be, You Could Be has been chosen as one of the titles in the Summer Reading Challenge. The challenge is held in libraries across the UK and aims to get kids into books and libraries - two things close to my heart. Find out more here: http://www.summerreadingchallenge.org.uk/
Posted by Karen Owen at 13:42 No comments:

Labels: I Could Be You Could Be, libraries

Launch of I Could Be, You Could Be

I Could Be, You Could Be has finally hit the shelves! Had a fantastic launch at the equally fantastic Under The Greenwood Tree bookshop in Clapham, south London. Story-telling, acting, mask-making and word searches while surrounded by hundreds of lovely books. What more could a boy or girl want?! 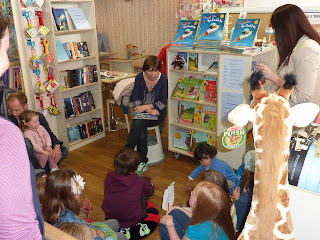 The children are all ears at storytime... and so is the giraffe.

Thanks to all the children (and their grown-ups) who helped to make the event such a memorable one, especially those who travelled such a long way to be with us. 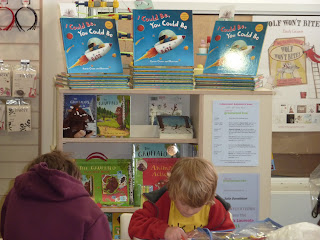 Labels: I Could Be You Could Be, launch
Newer Posts Home
Subscribe to: Posts (Atom)